PLX’s space heritage dates back to 1975 when the company provided hollow retroreflectors to the Apollo-Soyuz Russian-American space hookup program. The units were used in the docking procedure to align the two vehicles.

Ever since, PLX has been a part of some of the world’s most important space missions.

PLX has supplied retroreflectors to NEC for incorporation in their recently launched (November 2020) Laser Communication Terminal (LCT) for satellites. The LCT uses laser light to deliver broadband data transmission in outer space. PLX provided several retroreflectors fabricated from special low thermal expansion materials (Invar and Corning ULE). This was important to maintain the high accuracy (<0.7 arc seconds) of the retroreflectors during orbit. The retroreflectors are part of the on-board calibration system. The LCT has been provided for the Laser Utilizing Communication System (LUCAS) being coordinated by the Japan Aerospace Exploration Agency (JAXA).

PLX Invar-mounted hard mount retroreflectors with 1.94” clear aperture and 0.5-arc second accuracy were provided to NEPTEC.These retroreflectors will be used to monitor the alignment of a 12 meter focal length x-ray telescope. CAMS is the metrology system designed to measure the lateral (X/Y) and rotational (roll) displacement in the spacecraft’s optical bench relative to the instruments.

ASTRO-H is expected to provide breakthrough results in scientific areas as diverse as the large-scale structure of the Universe and its evolution, the behavior of matter in the gravitational strong field regime, the physical conditions in sites of cosmic-ray acceleration, and the distribution of dark matter in galaxy clusters. 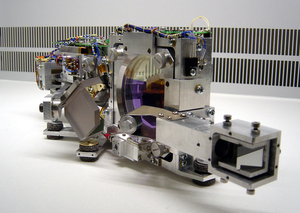 The TIRVIM (Thermal Infra-Red V-Shape Interferometer Mounting) Spectrometer is part of the Atmospheric Chemistry Suite (ACS), launched in March 2016 and is now successfully operating in orbit around Mars.

The PLX Retroreflectors used in the TIRVIM Interferometer offer properties, which enable it to survive launch conditions and to perform in harsh environments while maintaining exceptional stability and accuracy.

PLX has supplied SGT a vacuum-compatible Lateral Transfer Hollow Retroreflector with a 5” aperture, 18.5” separation and 1 arc second accuracy. This unit is part of the ground support equipment for testing and verifying the Advanced Topographic Laser Altimeter System (ATLAS).

This is a space application where the retros will undergo sinusoidal modulation in the range of 10-100 Hz. These retroreflectors are part of a device intended for remote sensing of the surface and atmosphere of Earth for hydrometeorological purposes. Data from this device is used for obtaining temperature/humidity profiles and trace gases monitoring, as well as for weather forecasting and prediction of climatic changes. This device will be launched integral with the “Meteor-M” satellite by the Russian Federal Space Program. Meteor-M represents a series of satellites with launch dates of 9/2009, 7/2014, 2015, 2016.

Another PFS (Planetary Fourier Spectrometer) unit, also containing PLX retroreflectors, has been launched by ESA as part of the “Venus Express.” The goal of this program is to perform a global investigation of the Venusian atmosphere.

The PFS is an instrument developed by the European Space Agency (ESA) to study the atmosphere and soil of Mars. The main optical units of the PFS are not Michelson Interferometers, but rotating interferometers containing the PLX retroreflectors. This instrument is much less sensitive to mechanical disturbances than conventional Michelson interferometers. PFS was launched from the Baikonur Cosmodrome in Kazakhstan in June 2003 as part of the Mars Express. The main objective of the Mars Express is to search for sub-surface water from orbit and to drop a lander on the Martian surface.

Another PFS was launched by ESA in November 2005 aboard the Venus Express. The goal of this program is to perform a global investigation of the Venusian atmosphere.

ACE-FTS Atmospheric Chemistry Experiment Fourier Transform Spectrometer, built by ABB Bomem in conjunction with the Canadian Space Agency. PLX retroreflectors provide modulation in the ACE-FTS which is a Michelson interferometer.

Launched aboard SCISAT-1. The major goal of this experiment is to measure and understand the chemical processes that control the distribution of ozone in the Earth’s atmosphere.  The ACE-FTS instrument simultaneously measures the temperature, trace gases, thin clouds and aerosols in the atmosphere. 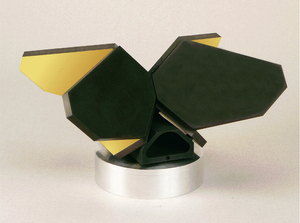 Other PLX-designed instruments chosen for TES included back-to-back Hollow Retroreflector™ assemblies, Hollow Roof Mirror™ assemblies and various folding mirrors, all made of beryllium. With accuracies that were better than 1 arc second maximum deviation and λ/20 surface flatness (λ=633nm), these instruments operated without distortion at cryogenic temperatures down to –100°C after surviving launch vibration conditions.

PLX designed a Retroreflector Array™ for creating a high-resolution digital topographic database of the Earth.

JPL deployed corner reflectors during the mission. These are highly reflective structures that appear as a bright point in the radar image. These reflectors deployed with precisely measured coordinates, served as control points in the Shuttle Radar Topography Mission data.

1997: Retroreflector In Space (RIS) for NASDA, the Japanese Space Agency.

PLX designed and manufactured the 50cm (20”) diameter Retroreflector In Space (RIS) for NASDA, the Japanese Space Agency. The largest retroreflector ever sent into space

RIS achieved 1 second of arc accuracy and contained a curved mirror to compensate for the movement of the satellite through space. RIS (Retroreflector In Space) is a retroreflector for an earth-satellite-earth laser used in long-path absorption experiments. RIS has a corner-cube structure with an effective diameter of 50 cm. Measurements of ozone, CFC12, CO2, CH4, etc. are carried out using infrared pulsed lasers.

The Relay Mirror Experiment (RME) successfully demonstrated long-range, low-jitter tracking and pointing capabilities appropriate for ground-based laser (GBL) propagation. Relay mirrors have been proposed as a method of increasing the range of laser weapons that is less costly than deploying a larger number of laser weapons. 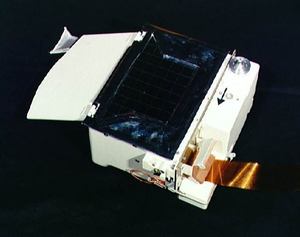 Low-power Atmospheric Compensation (LACE) was an experiment paired with RME. 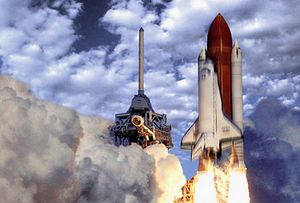 A low power laser was launched from Maui. The test was a part of the SDIO “Star Wars” program and was intended to see if it was possible to target and track a high flying fast moving object. It also was to determine the effects of atmospheric aberrations on the laser beam.

In the 1970’s PLX provided Hollow Retroreflectors™ to the Apollo-Soyuz Russian-American space hookup program. The units were used to measure gases in the environment of the vehicles.