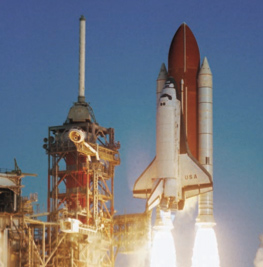 Some of the latest experiments to measure atmospheric conditions on Earth, Mars and Venus use PLX Space-Qualified Hollow Retroreflectors for Satellite-Borne Fourier Transform Spectrometers.

The first of these space experiments is the ACE-FTS (Atmospheric Chemistry Experiment Fourier Transform Spectrometer).Built by ABB Bomem of Quebec City, Canada, in cooperation with the Canadian Space Agency, NASA launched ACE-FTS into space on August 12th 2003 from Vandenburg Air Force Base in California. It is part of the scientific payload of the Canadian Scientific Satellite Mission (SCISAT). The major scientific goal of the experiment is to measure and understand the chemical processes that control the distribution of ozone in the Earth’s atmosphere, especially at high altitudes. Using a solar occultation technique, the ACE-FTS instrument simultaneously measures the temperature, trace gases, thin clouds and aerosols in the atmosphere.

The PFS (Planetary Fourier Spectrometer), an instrument developed by the European Space Agency (ESA) to study the atmosphere and soil of Mars, also uses PLX Hollow Retroreflectors. The main optical units of PFS are not Michelson Interferometers; rather, they are rotating interferometers containing the PLX units. This instrument is much less sensitive to mechanical disturbances than conventional Michelson interferometers. 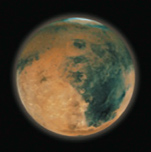 PFS was launched as part of the “Mars Express” on June 2, 2003, from the Baikonur Cosmodrome in Kazakhstan. The main objective of the Mars Express is to search for sub-surface water from orbit and to drop a lander on the Martian surface. PFS is one of seven scientific instruments onboard the orbiting spacecraft, which will perform a series of remote sensing experiments designed to shed new light on the Martian atmosphere, structure and geology.

Another PFS unit, also containing PLX retroreflectors, has been launched by ESA on November 9, 2005 as part of the “Venus Express.” The goal of this program is to perform a global investigation of the Venusian atmosphere.

ACE-FTS and PFS are the latest in a long line of instruments to use Space-Qualified Hollow Retroreflectors build by PLX, dating from the original Apollo-Soyuz mission more than 30 years ago.These include Beryllium Retroreflector Assemblies built for the Jet Propulsion Labs’ Thermal Emission Spectrometer (TES) launched on the Earth Science Enterprise EOS-CHEM Satellite. PLX also designed and manufactured the 50cm diameter Retroreflector in Space (RIS) launched by NASDA, the Japanese Space Agency, on the ADEOS Satellite.

PLX is the world’s leading manufacturer of Monolithic Optical Structuresused in a variety of aerospace, military, industrial and scientific applications. For more information, call PLX today at 631-586-4190 or contact us