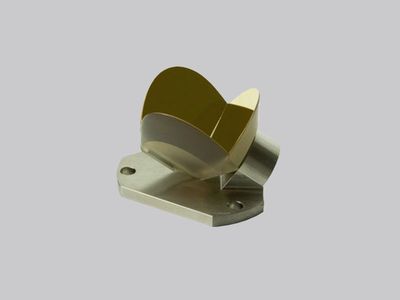 Astro-H is a space-based X-ray observatory scheduled to be launched in 2016.  The mission is an international collaboration with participation from institutions in the US, Canada, Europe and Japan.  Astro-H will have hard x-ray telescopes of 12 meters focal length.  CAMS is the metrology system designed to measure the later (X/Y) and rotational (roll) displacement in the spacecraft’s optical bench relative to the instruments.

PLX manufactured two Invar-mounted hard mount retroreflectors of 1.94” clear aperture and 0.5-arc second accuracy for use on Astro-H.  A laser is aimed at each of the units, which returns the beam parallel to itself with a known offset to a two-dimensional detector. Any shift of the units will be read as an offset on the detectors.