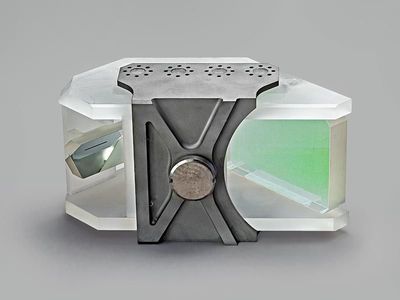 PLX Lateral Transfer Hollow Retroreflectors (LTHR’s™) will be a part of the Alignment Monitoring and Control System (AMCS) of the ATLAS program.

PLX was awarded a contract from Ball Aerospace & Technologies Corporation for two LTHR’s™ for the Advanced Topographic Laser Altimeter System (ATLAS) program. ATLAS is the sole instrument on the ICESat-2 satellite scheduled for a June 2018 launch.

The Ice, Cloud and land Elevation Satellite-2, or ICESat-2, will measure the height of a changing Earth – one laser pulse at a time, 10,000 laser pulses a second. Slated for launch in 2018, ICESat-2 will carry a laser altimeter that detects individual photons, allowing scientists to measure the elevation of ice sheets, sea ice, forests and more in unprecedented detail. 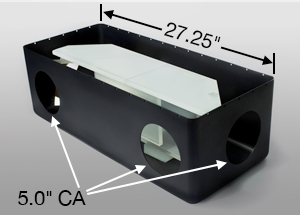 PLX was also awarded a contract by NASA for a 5-inch clear aperture, 18.5 inch offset LTHR™ as part of the ground support equipment for testing the ATLAS system before launch. This LTHR™ provides a return beam from the laser to the receiving telescope to allow validation of the system.

Additional recent satellite projects utilizing PLX Hollow Retroreflectors include the Meteor–M satellite and the Canadian Astro-H Metrology System, as well as units delivered to ABB Bomem for the ACE-FTS, the main instrument on SCISAT-1. This Canadian satellite was designed to make observations of the Earth’s atmosphere.