PLX has been named a “STAR SUPPLIER” by Lockheed Martin 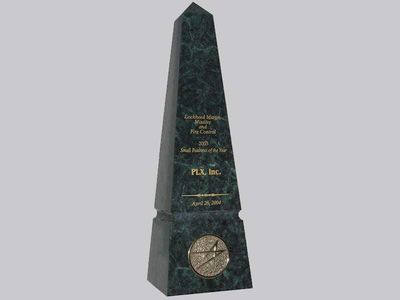 PLX has been named a “STAR SUPPLIER” by Lockheed Martin.

This award signifies PLX’s ability to meet the high-quality standards and delivery requirements for the company.

In 2001, PLX was asked by Lockheed Martin to develop a Modified Boresight Module (MBSM) for the Apache Arrowhead program, using a military version of the PLX Lateral-Transfer Hollow Retroreflector (LTHR™). The MBSM improved accuracy of the existing system from 30 arc minutes to 1 arc second. This was a particularly difficult task because of the state-of-the-art accuracy of this requirement and of the battlefield conditions under which the instrument must operate. Working closely with Lockheed Martin personnel, the MBSM was successfully designed and qualified. PLX continues to provide MBSMs for the Arrowhead program.